I recently came across an article written in celebration of last year’s Women’s History Month. Don’t get me wrong, the fact that the entire month of March is dedicated to the history of remarkable women is a very good thing, but it somehow feels like a backhanded compliment. “Fear not women everywhere, you get one month of the year to showcase your achievements, why are you complaining?” For a considerable amount of time, male-centric attitudes have marked out the borders of Art History, and female artists have been largely left out of the map. As the margins have gradually widened over time, more and more female artists have begun to emerge from the edges. The triumphs of women are powerful and consequential and are surely worth discussion all year round, not just one month out of twelve.

The article introduced me to the work of Mary Delany (née Granville), an English artist, writer and Bluestocking during the eighteenth-century. Mary’s remarkable artistic talents and botanical knowledge stretches the art historical borders, proving once again that female artists played a crucial role in laying the foundations of art as we know them today. 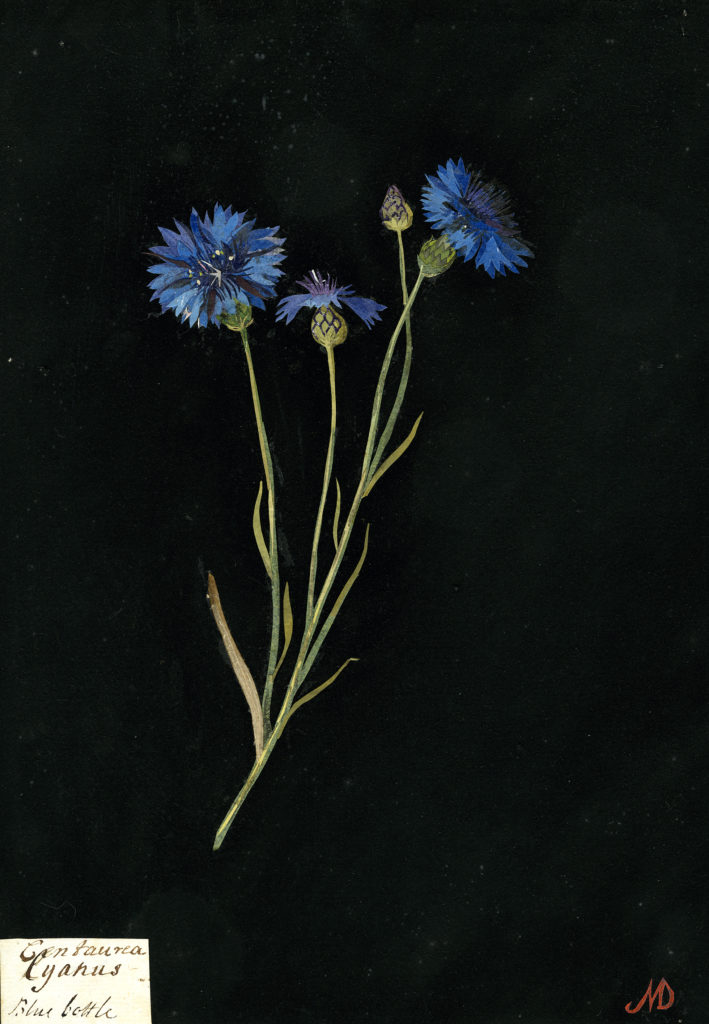 Born in 1700 from a wealthy and accomplished family, Mary Delany was well educated in languages, music, dancing, and needlework from an early age. Common practice for the time, Mary was pressed into marrying a man many years her senior, MP Alexander Pendarves, when she was seventeen. The pair remained unhappily married for four years until his death, finally giving Mary the freedom to explore new territories. She swiftly moved to London where her social circle expanded as did her artistic talents in crafts such as needlework, painting and drawing. The death of her second husband, Irish clergyman Dr Patrick Delany to whom she was happily married, brought about a friendship with the Duchess of Portland. The Duchess remained a faithful companion and advocate of Mary’s work throughout the artist’s life. Amid the Duchess’s impressive collection of natural history artefacts and antiques, Mary began perfecting her craft of imitating flowers through finely cut coloured paper.

What is so striking is the remarkable realism of her work, supported by the artist’s considerable botanical knowledge and passion. The plants cannot be mistakenly identified but are equally deceptive in their painterly qualities. The artist’s practice consisted of layering individual pieces of paper on top of the other across a solid, black background, with additional details added later with watercolours. It is the combination of mediums that gives each work such depth and tangibility, much like a painting.

Mary quickly became known for her craft and was sent flowers to imitate from friends and admirers across the globe, including from the Botanic Gardens at Kew, sent by the botanist Joseph Banks. Having produced nearly a thousand images during her life, she died in 1788 at the age of ninety-four. Her work lives on through the collection Flora Delancia that was gifted to The British Museum by her great-niece, Augusta Hall, in 1897. This collection can still be seen today in the museum’s Department of Prints and Drawings with two additional works on permanent display in the Enlightenment Gallery.

Read more about Mary Delany and view her collection on The British Museum website: https://blog.britishmuseum.org/late-bloomer-the-exquisite-craft-of-mary-delany/